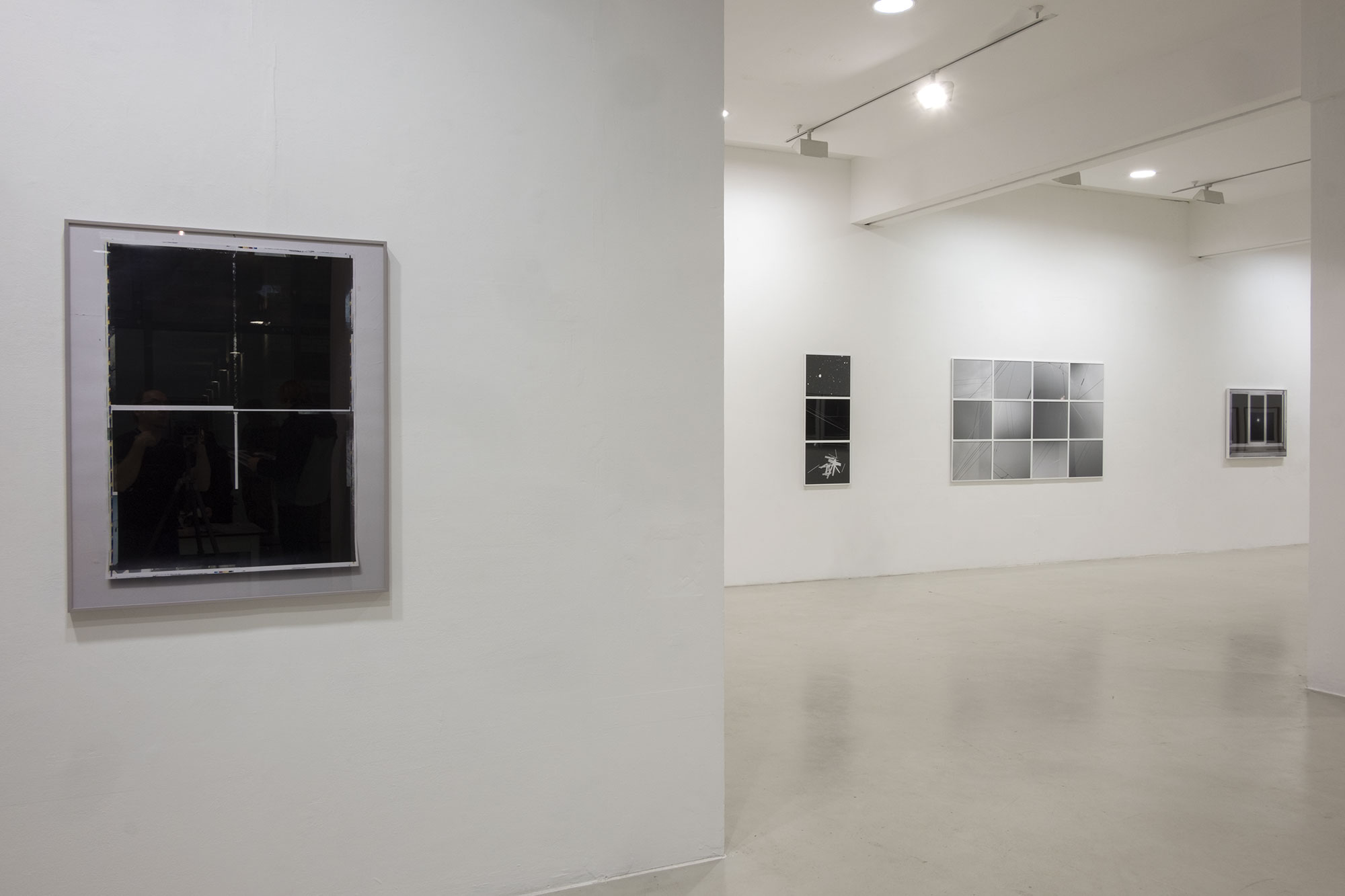 Production and reproduction are often placed in a before/after relationship: first the creation, then the copy. Only the time-consuming creative act, then the rapid imitation. But what happens when two reproduction media produce themselves? A diptych from BöhmKobayashi shows the result of a
copier copying a scanner while the scanner is scanning the copier. Not only are analogue and digital reproduction media let loose on each other, here is the productive force of devices – simultaneously working – now doing more than just imitation.
The absence of the representation in the representation is also present in the works, which ‚happened‘ in the Leipziger printing house: To adjust the printing machine, old print sheets were again placed in the machine, photos of photos: Black, but compressed, thick black, a color that implies anything
seen before. These images, as well as the nightly window tapes of the Mies van der Rohe building in Toronto – which recall the negative strips of an analog film – call up an accusation. As in the depthless surfaces of no longer untouched skies that Katja Stuke photographed in her latest series: Were it
clouds which structured the scene for Stieglitz, there are in Stuke’s work not only the civilization remnants of contrails and power lines, but also the colors of the light spectrum, which expands between white and black. It is „more a dance, not a march“ in this „abstraction game“ (1).
The digital image, Jean Baudrillard formulates his accusation, replaces the resemblance, the constant reference to reality through images „on which there is nothing to see, images without traces, without consequences. All that one senses is that something has vanished behind each of them.“ (2) BöhmKobayashi turn this form of the simulacrum into analogue and show that abstraction always begins with an action. (Anja Schürmann)